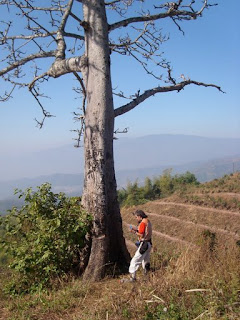 This is the story of a little boy/girl, who was born on the wrong place, at, maybe also, the wrong time, with the wrong ones. But he didn't care cause he was little and was nedded tendernes, caresse, love.

One day he felt something, something extrange in himself, something that he couldn't explain to anyone. But he didn't care, he was young and weak in his mind, so he nedded another ones to guide him and teach him.

As he grow up and gain his mind and become strong and traine his body, he could still feel something that was missing, a emptynes, a vacuum, deep inside.
And he beginne to ask others; What's the probleme?, What's the different?. Saying:"I am like everybody, i can eat, sleep, fuck, run, sing, dreame, smile......but, something was there, inside that bothers him, that bothers the others. As he continious to live, the emptiness grow more and more and wouldn't stop, making him anxious and worry about every little thing, making him sad, sometimes mad and miserable.

He seek for help everywhere he could look for, losing his patience, cause he couldn't find the answer to that empty space inside of him. And there were the ones without heart, watching him, and surveilling every little thing he did. And so, they talk to him and told him what should be the way to follow, where is the way and who are the ones to trust. So, he start to believe in them, trust them and feel sympathy for them. So they make him more cofuse, more weak and stupid. As he felt all that, he ask them for more help, because he trust them, he believe in them and believe that they have a heart. But they couldn't have one, cause somebody did exactly the same to them before.

One day a extrange and very different person appear in his life. He also felt sympathy and kind of admiration towards this person. He didn't know why he felt that. And so, he went on to try to find out. He spoke long hours with him and beginning to trust him and believe in him. He start to feel little by little relieve inside of him, and little by little confident and happy about that emptyness inside could get smaller, and the worries and anxiousness of everyday were start to go away. So happy he was, that he went to the ones without heart and tell them the great news. So they got very worry about that extrange and so different person. And so they confuse him again and again, making his life miserable again. So he try to put the extrange person away, try to confuse him and make him worry and sad, perhabs mad.

But the extrange and different was strong, he had found, a long, long time ago, the cure for his own emptyness.
He has left behind the ones without heart, let them in the judgement of time, put them in a box and say to them........